Last week, the European Securities and Markets Authority (ESMA) said its MiFID II rules may take an extra year to implement. Steven Maijoor, ESMA's chair, said that "building of some complex IT systems can only really take off when the final details are firmly set in the [regulations]." I don't know which part of the 552-page regs he's referring to, but based on just two little sections called RTS 6 and RTS 25, I can see what he means.

These rules simply specify the records that trading organizations must keep about events that occur in the trading process, as well as the accuracy of the timestamps on those records. These aren't market-shaking rules like bond-trading transparency or research unbundling. But for the trading technologists who have to implement them—like the standing-room-only gathering at the STAC Summit in London last Tuesday—the new rules have big implications and raise even bigger questions. An interactive panel session chaired by Neil Horlock of Credit Suisse unearthed a number of them.

In brief, RTS 6 says that firms must report when trading instructions are exchanged with counterparties and when internal trading decisions are made, while RTS 25 specifies the amount that the timestamps on those records can diverge from Coordinated Universal Time (UTC). “High-frequency trading” events must be reported in microseconds to within +/- 100 microseconds of UTC. Other electronic trading events must be reported in milliseconds, accurate to +/- 1 millisecond. Manual trading can stay at 1-second timestamps, plus or minus a second.

These rules have an understandable motivation: regulators want more visibility into the decision process behind trades and to understand the sequence of events. The latter is essentially impossible with today’s second-by-second timestamps, which do nothing to sort out the millions of trading instructions that can flow within a single second in modern liquid markets. Shrinking the potential window of confusion to 200 microseconds doesn’t solve the problem (since there can still be hundreds or even thousands of events whose order cannot be determined), but it certainly helps.

Some of the implications of the new rules are pretty well understood at this point:

Those tasks would already be a lot to accomplish by the end of 2016 (the current deadline), but trading organizations are concerned by some big questions that could make it even harder:

These aren't the only questions around RTS 6 & 25, but the answers to those above have a major impact on the scope of the industry effort to comply. Until ESMA clarifies the rules, I can’t see how anyone can predict how long implementation will take.

About the STAC Blog

STAC and members of the STAC community post blogs from time to time on issues related to technology selection, development, engineering, and operations in financial services. 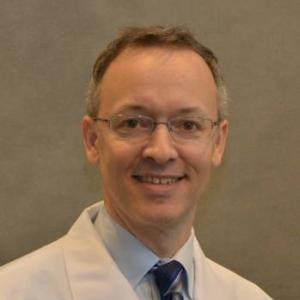 Since 2006, Peter has guided STAC on its mission to reduce the enormous time and effort the finance industry invests in evaluating high technology. <more>